Her lips said no, but her eyes said read my lips..
Omhoog 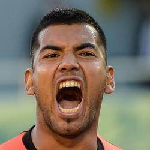 Putin is convinced that "the US established power in Armenia".

Russian State Duma deputy from Putin's United Russia party Yevgeny Fedorov threatened Armenia with aggression. He stated that this "state illegally seceded from the USSR". Russian propagandists write about this. Fedorov said that the current government in Armenia "was established by the United States", and without Russia this state allegedly "will not survive". Putin's deputy is also convinced that Armenia "illegally seceded from the USSR and this must be resolved by law". "The Armenian government was established by the United States in the process of the "Orange Revolution", as in Kyiv. At the same time, Armenia is a country that is in a deadlock. Its survival is impossible without Russia. How to act? According to the law. Did Armenia leave the USSR legally? No, it did not. Then this must be resolved. Armenia is an illegal state formation," Putin's deputy said.

A meeting of the CSTO is taking place in Armenia. The day before, rallies against the CSTO summit broke out in Yerevan. The protest was organized by activists and supporters of the pro-Western opposition alliance. They protested against the arrival of Putin, Lukashenko and Lavrov to Armenia. At the meeting Pashinyan refused to sign the final document of the CSTO summit due to the lack of political assessment of Azerbaijan's "aggression".Putin's "diplomat" Lavrov also disgraced himself at the summit by cursing during a joint photo session. The day before, Russian propagandists after the failure of their army in Ukraine and the collapse of plans to "take Kyiv in two days" began to discuss a new victim of aggression - Kazakhstan.
It's not the size of the dog in the fight, it's the size of fight in the dog.
SLAVA UKRAINE!!!
Omhoog

https://www.forbes.com/sites/davidaxe/2 ... 046957712f
“Never argue with an idiot.
They will drag you down to their level and beat you with experience.”
Omhoog
4964 berichten